[Stingers] Has anyone had their wires chewed by rodents?

I have a brand new 2019 Kia Stinger GT with about 1300 miles on it, I bought it 2 months ago from KIA Koons Woodbridge. Everything has been fine until a few days ago, when I got a check engine light on with severe lack of acceleration and power. The local dealer (KIA Ourisman Chantilly) said that rodents had chewed through engine wires, which would cost at least $850 to repair. Being that I don't live in a rat infested apartment complex, I took to google to find out if this was common. Apparently a few years ago, several car manufactures switches from petroleum based wires to soy based wires, and consumer complaints allege that this has led to a significant increase in rodents eating them. In fact, there have been multiple class action lawsuits brought against the auto companies, but all have been dismissed. Maybe there is no merit, maybe Big Auto has a lot of money.

KIA warranty doesn't cover this, and although my insurance does, I have to pay the deductible. The worst thing about this is that the dealer will just reuse the same stock soy-based wires. So this could very well happen next month. I am taking the car to a local performance shop who will attempt to switch to as many petroleum based wires as financially possible.

There are several anti-rodent ways to deal with this, with varying degrees of success (jeeps). I haven't tried any of these yet, my Stinger is still sitting at the shop for the insurance agent to come out.

My 2007 Nissan 350z sat in the same parking spot, and never had such issues. My wifes 2015 Jeep Grand Cherokee is the same spot, also no issues. A month after I get the Stinger, I suddenly get wires eaten? Could be a coincidence, but something smells fishy. I also have to point out I have no idea when the wires got eaten -- maybe it was my place, or maybe it was the car sitting on the dealer lot for months.

Have any of you had issues with wires being eaten? Attached are pictures 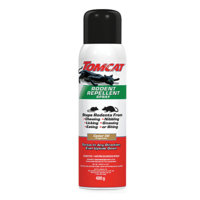 Rev_Night said:
Can I use that spray on my tires so they don't want to jump up on them to enter my engine bay?
Click to expand...

Rev_Night said:
. I am taking the car to a local performance shop
Click to expand...

Which local performance shop do you use?
MY19 GT RWD. Some stickers, bigger tires, better pads

Popup Up & Down Headlights

PTUNING, Manassas Va. They did lots of great supercharger/tranny work on my Z. Even had to replace the whole f*cking engine once too .

If you are way out on 66, Moores Automotive in now Gainsville also does quality work.

It's pretty common and there doesn't seem to any set pattern for it. I have replaced many harnesses in my career due to rodent damage. From people that love out in the sticks to people who have never even seen a dirt road. Hell, the last harness I replaced was just a couple months ago. The lady had parked in the same spot for years next to a field and never had an issue. Then one day her headlights stopped working so she brought it in. Come to find out, rodents had chewed thru multiple places in her harness.
R

So talking with USAA and they confirmed my suspicions: Soy-based wiring is causing a significant increase in chewed wires. The claims adjuster said that she used to see these claims 1-2x a year, and now she sees them 1-2x a week. She said its not fair to the insurance companies to have to pay for this, and its not fair to the drivers either since we aren't doing anything wrong.

I have the same issue (in Northern Virginia). In my neighborhood we have an issue with Squirrels chewing up the hood heat shield for their nests. What works for me is Peppermint Oil which is $10 on Amazon. Once a month I put drops directly on the heat shield and a few cotton balls I placed around the engine bay. Have not had any issues since using the oil.

Keanu said:
I have the same issue (in Northern Virginia). In my neighborhood we have an issue with Squirrels chewing up the hood heat shield for their nests. What works for me is Peppermint Oil which is $10 on Amazon. Once a month I put drops directly on the heat shield and a few cotton balls I placed around the engine bay. Have not had any issues since using the oil.
Click to expand...

westcoastGT said:
do you get any smell transfer into the car ???
Click to expand...

Nothing in the cabin, the smell sticks to your hands so if you're not a fan of peppermint i'd wear gloves.

I’m glad I stumbled upon this thread, because my Stinger is located in a rather “woodsy area” I’m gonna do a little more research to determine if a repellent spray or if a peppermint oil is the best deterrent. Although my 2019 has not experienced any mice or squirrel chewed wires as of yet I’m not taking any chances,,,, I will take preventive action!
R

Just peppermint spray the inner tire wells and the hardness inside the engine bay. 1-2x a year is plenty

I'd like to vote but I'm not entirely sure. I had a strange issue in my xB where any time it rained my CEL came on basically saying the ECU was bad. Even toyota said the ECU would need to be changed but it would be cheaper for me to order one online. So...I did. Same problem. I'm guessing I had a short somewhere in the wiring. Couldn't say if it was a rodent that started it, and the rain bridged the gap or if it was just age or vibration over the years.
Current: 2022 Stinger GT1 RWD Micro Blue - Front and rear Ark sways
Previous: 2009 Scion xB 5 speed manual, 2000 Chrylser Sebring JXi, 1999 Chrysler Sebring JXi (drunk driver totaled), 1988 Ford Bronco Fullsize 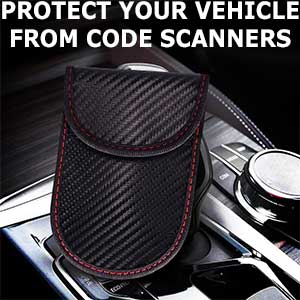