Funny or clever plates. Anybody seen any?

I saw 2 yesterday which made me chuckle.

And on the back of a Toyota Hilux - “HIRUX’

I guess the Hilux could potentially offend some people but I thought it was funny. Bit surprised they let it through TBH.

Anybody else seen any funny plates?

OliverNuther said:
And on the back of a Toyota Hilux - “HIRUX’

I guess the Hilux could potentially offend some people but I thought it was funny. Bit surprised they let it through TBH.
Click to expand...

MerlintheMad said:
"They" wouldn't get it.
Click to expand...

But that's perfectly innocent. Spelling is everything.

OliverNuther said:
Possibly not. There used to be a horse racing here in Brisbane called “Pistol Knight” which escaped the censors as well.
Click to expand...

MerlintheMad said:
But that's perfectly innocent. Spelling is everything.
Click to expand...

True. They obviously didn’t say it out loud to test it.
D

Callum said:
I applied for "welfare". It got denied...
Click to expand...

Wonder what the politician Bob Dole had in his car....DOLE! Lol
It’s your attitude that determines your altitude
Snow White Pearl GT2
A

A couple from memory. DIVA, and the driver looked very tired, huge yawn in the rearview mirror. It's so hard being a diva these days, I guess.

And 666 DVL; twice, I kid you not. Years back, almost home from work in the deep evening, and this modest sedan was hogging the two lane road going c. five under the speed limit. I was about to go out and around, when I started taking in the details. The silhouette of the driver was stock still, bulky, in a winter coat and wearing what appeared to be an "Odd Job" type bowler hat; in fact, the figure could be Odd Job from behind. As I started to make my move to pass (illegally, mind you), I saw that plate and got a supernatural rush of alarm. Instead of passing, I backed off to c. ten below the speed limit and let the Devil have his way.

I've seen a few and posted pics on FB over the years. I'll see if I can find some more but the only one that I remember is PWNED..
2019 GT2 AWD Snow White Pearl Pressertech Tuned Forgestar CF5V 19x10/8.5
P I can’t remember if I’ve told this story here before. A few years back I was following a girly looking little buzz box of some description with the plate BIGAL which I read as BI - GAL. I thought to myself ‘ Wow, she’s out and proud and doesn’t care who knows it.’ So just out of curiosity I snuck a look at her as I went past. Well, inside was the biggest, ugliest , hairiest bloke I’ve ever seen in my life. And then it struck me that what I’d interpreted as BI - GAL was actually BIG - AL. Disappointed doesn’t begin to describe me.
A 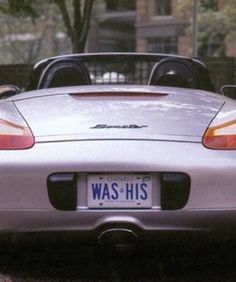 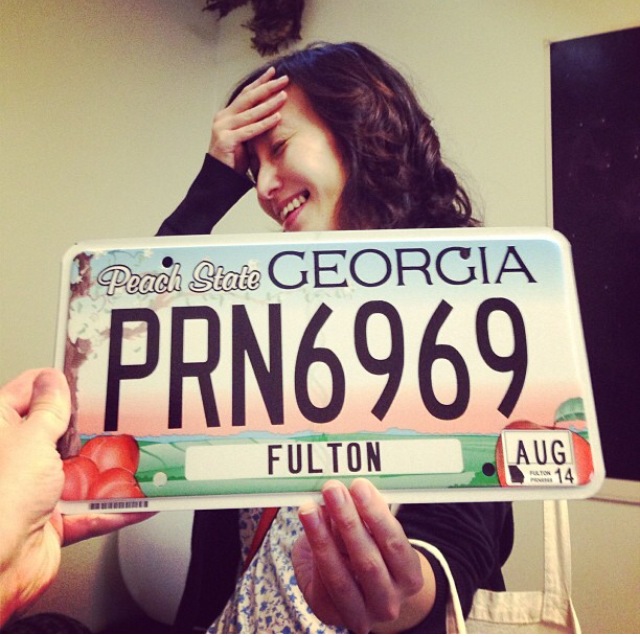 AV8R said:
There’s a few I know who should get the same plate
Click to expand...

That plate is mine.

A good friend (even though he's a BMW owner ) is a big golf fanatic. Some years ago, he got a personalized plate that said "LUV2PLY". I waited until we were together with some other buddies for a beer, then asked him about his plate... Was that about his love of golf or his preference for toilet paper? (hey what are friends for?). He took it with good humor but the next time I saw him, he had already gotten a new one: "LUV2PLA"
GT2 AWD HiChroma Red
Owner since May 2018
Share:
Facebook Twitter Reddit Pinterest Tumblr WhatsApp Email Share Link